Can you hear what you speak?

Lately, I have been realising that it’s so difficult & yet imperative to understand the perspective of others when involved in a situation of mutual interaction. When two people are involved in a situation, both are talking from their point of view of the situation or subject. However, both are expecting the other to understand and agree to their perspective. Most arguments & disagreements happen not because people want to disagree & cause conflict but only because they fail to place the other’s perspective equally valid & rational in comparison to theirs. 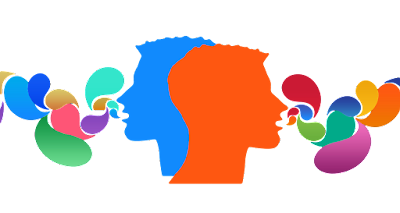 The universe guides us at each stage and everyone around is a medium to us receiving guidance to what next. Communication is not a way of conveying what you have to say but also is a way of listening to the universe through the other. If one stays in recognition that they are talking or having a discussion so that they can appreciate the perspective of the universe around them through the other, they will become good listeners.

Good listeners are good learners too. I have come to realise that most people cannot listen to themselves whilst they are speaking. When there is speaking happening, there is externalisation of energy. Energy is leaving the speaker and going out to their audience. The speaker, in return for this energy is expecting appreciation, acknowledgment or at least a nod from the other, in order to stay motivated to keep draining their energy. If the audience is receptive and the speaker is talking with awareness of their perspective in mind, they will absorb the speech and in return the acknowledgement or acceptance of self they will create will gratify the speaker too. The space created within through sharing of the knowledge will be filled with new recognition of being loved & accepted.

Disagreement or conflict in a communication occurs in two situations. The first is when the speaker carries an inner conflict with regards to the knowledge they are sharing. In case of a conflict inside, the natural response the universe expects is for one to introspect & resolve it within or at least keep it into their awareness. Sometimes if one is in denial of the conflict or if they are biased towards one side of the knowledge, they could be denying the presence of the other side. For example, Radha knows that Tara is her best friend. Radha also knows that deep down she feels Tara is better than her & she is jealous of Tara. Since Radha perceives herself as a nice human being, she denies this conflict in her about the kind of person she is. Her knowledge about her nature here is conflicted where on one side she thinks she is a nice & harmless person and on the other side there is a part of her that feels she is jealous & selfish. Radha wants to believe that the latter is not true. She goes on with life without allowing herself to acknowledge her jealous side. Tara soon falls in love with Harry. Harry is very loving & caring towards Tara and hence she feels very blessed. Tara now has to divide her time between her best friend Radha and Harry because she loves them both and she wants to make time to nurture both relationships giving them the respective attention & time that they deserve. Radha on the other hand starts being edgy, irritated and aloof from Radha. She still spends time with Tara and is her best friend but at a deeper level she feels even more jealous since whenever she sees Harry, she sees Tara’s life more perfect than hers. Radha is more intelligent & is the topper of the class whereas Tara is not, yet she feels less than her. Radha still does not acknowledge her inner conflict and instead allows herself to justify her position by focusing on her intelligence. One day Tara wants notes from Radha since the exams are approaching and Tara had to miss classes to ensure she could spend time with Harry so that she can make time to be with Radha whilst she is free in the evenings. Tara requests Radha to share her notes with her and that’s when they get into an argument. Radha calls Tara mean & selfish because she has been whiling away her time with her boyfriend & now she wanted to use her notes to give her competition in her field and that as per Radha was extremely mean & insensitive. Tara is shocked & hurt by this argument since all this while she had never realised that Radha carried so much poison inside her about herself.

It was Radha’s original conflict which due to being ignored & supressed was growing inside her at a rapid pace and eventually led her to lose her best friend. This experience made her realise how her belief that she was a nice human being was challenged and how the other side of this knowledge had taken a toll on her consciousness.

The second situation in which disagreement occurs is when the audience is not intending to listen. This is the situation in which the conversation is between two speakers. In this case, either is listening to the other only so that they can quickly get their chance to speak. Internally, both are wanting to let out their knowledge to prove their wisdom to the other without realising that it’s not the nature of wisdom that it will prove itself. What wants to prove itself inside is the lack of wisdom. Hence when both people are letting out their knowledge to each other, one is always catching on to the lack of the other side instead of listening to them to understand their own conflict. In this situation also, both can end up destroying their relationship as well as feel demeaned, insulted & humiliated.