How the Jammu & Kashmir crisis reveals our deepest prejudices

Ever since the current government decided to remove the two sections and declare Jammu & Kashmir and Ladakh as union territories, there seems to so much uproar about how it is so right, or it is so wrong.

Without judging either side of the story, my point is, in the last 70 odd years, the situation of Kashmir has naturally only worsened. Whilst the people of Kashmir were exploited on the name of religion and common interests, they were the ones suffering. We were all fine with our lives going along at a fast pace with our children studying what they want to in India or abroad. We have seen our cities coming up with new flyovers, infrastructure, malls, employment opportunities, FDI and so much more. It didn’t take too much for us to see Kashmir as a sore point in our version of India’s map and forget it to get on with our lives. Most people who are now either celebrating or objecting are those who had nothing to do with Jammu & Kashmir whatsoever, before this step was taken.

Then why is suddenly Kashmir everyone’s favourite topic now? Not because we have suddenly started caring so much about the people there. No that’s not the case however many of us would like to believe so. So, what’s the answer? It’s simple. We love to judge and events like these are perfect opportunities to judge under the garb of supporting someone or opposing someone.

Have you ever noticed how much more engaging emotions like judgment, blame, anger, resentment etc bring to our life and how peace and love become too boring to live through constantly? Even though as an evolving species we have realised that negative emotions do not take us where we belong and we would rather stay in peace and harmony within, but are we still not so easily tempted to judge, blame, fear and prove our points whenever an opportunity arrives?

The truth is that the Kashmir valley could stay in the state that it is or even worsen had our bilateral peace talks and other stuff that has been done over the years would have continued. The valley’s issues are too complicated and any conflict when left unresolved for several decades, layers and layers of conflicts get piled on. In that pile, trying to find the real issue is a waste since everything in that pile is by then the issue. It’s a big web. The only way to resolve it then is to move forward out of the pile somehow and then collect the reminiscent pieces to understand and resolve them one by one. Movement in any direction is better than staying stuck hoping for the stuckedness to vanish one day.

Whenever a big change happens, it will mean rearrangement of a lot of things. A lot of people will be pushed out of their comfort zones, a lot will resist the new, however many will embrace it too. A change of this magnitude couldn’t have happened through approval of all or by making everyone happy. Thus, I think shifting the focus to moving forward in whatever direction that looked like the right one was a wise choice. The question of who’s choice it was, I think it might look like it was one person’s choice but finally, all choices are the collective outcome of those who’s fates are attached to that choice. By virtue of choosing a government with an absolute majority, we have chosen and trusted it to make choices on our behalf in a way that they deem the best. I think if we elect someone, we ought to place this much trust in our choice of choosing them. 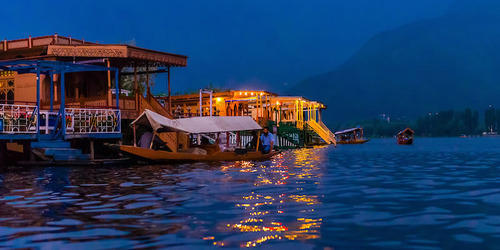 Those who don’t like BJP will disagree because BJP took this decision, those who fear losing democracy will believe that’s where we are headed, those who love Modi will without even understanding why they are supporting him will become his spokesperson, those who carry biases in their hearts based on religion will fear for their religious autonomy, the one who’s jealous of the special privileges of Kashmir will be happy they lost them, those who are always worried about their future will find themselves very concerned about the future of the valley too and so on.

It’s ingrained in our psyche to justify a current non-acceptance by the way of seeing it bring a dark and grim future. The future, people, hasn’t been created yet. No one can see it or predict it. Though what we can see as the future is what is unacceptable to us now. I am sure when these sections were applied on the state of Jammy & Kashmir, the future people saw of the valley, including its residents was bright and prosperous. However, the current situation reveals how wrong that hope was. So how the future will pan out to be will be seen only in the future. However, to reach that future, it is imperative for us to move forward in this moment and embrace every experience believing there is a far bigger the consciousness of Kashmir, this country and this planet that are choosing these experiences which we may or may not agree to now.

I feel if we understand our personal reasons for agreeing or disagreeing with this decision, it will give us deep insight into our own inherent stereotypes, prejudices and fears. If each one can do this, this event can truly serve to bring a huge consciousness shift within us and hence within the masses. That’s truly going to be a resolution when this experience makes us more inclusive, tolerant, loving and compassionate with even those whom we disagree with.