For most, I bet not. However, think about it now. 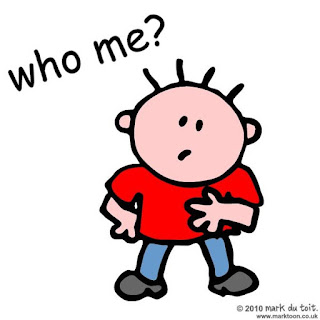 What if Susan loves her way of talking because she knows she can manipulate her way around and use her expression to get things done or deal with any kind of situation. She loves herself for being that resourceful. However, she doesn’t like her nature or expression because she is so aware of that manipulation going on there. So it’s like she will have to love herself without liking herself or even worse, she will have to love herself inspite of not liking herself.

In both these cases, what they love is not what it appears to be from the outside but rather it’s more than that. What Susan gets from manipulating her expression is control over her situations and her life. The basic need which is getting satisfied is that if I don’t manipulate my way through, I will not be accepted for who I am. So she uses her expression as a tool to sometimes be diplomatic, sometimes sweet talk to people, sometimes gossip aboit one to another, sometimes to highlight someone’s mistake and at other times to prove herself. All this, in her perception brings her acceptance from others and she is able to reach where she feels otherwise she wouldn’t have.

Similarly for Amit, being himself would have attracted him ridicule & insult for being fat. He instead started making fun of himself and started cracking jokes on himself only to appear like a cool, chilled out dude. This was seen as a funny thing by others and they started enjoying his company only because they could be brutally honest with him and they knew he wouldn’t mind because the guy had a good appetite for humour. Amit eventually also wants only acceptance from others for who he is, which he didn’t believe he could get by simply being himself.

Both Susan & Amit are internally suffocated in their own traps. They cannot break free unless they start liking themselves for who they really are. That can only happen when they accept themselves for their truth. If one accepts themselves, they naturally effortlessly are accepted by others. If one is unable to accept themselves, even though they can use othet means to get acceptance but that puts then in a state where they dislike who they are and that takes a toll on them in every way. Slowly they cannot love themselves for anything because their sense of self starts to get replaced with someone who’s projecting what they are not for the sake of others. In other words their sense of self is replaced by fakeness and that builds a very subtle yet deep disconnect in themselves with themselves.

The next time you stand infront of the mirror, ask yourself if you like yourself? Are you true to who you think you are? Or do you love yourself though you’d rather be like your neighbour or your best friend?
Postado por Minal Arora �s 7:15 PM 2 comments:

Minal Arora
I am an author, seeker and a therapist who believes we have all come here for self recognition and the self is nothing but love. I intend to share everything through this blog that I believe can help us living our lives more consciously.
Newer Posts Older Posts Home
Subscribe to: Posts (Atom)